About the Hunt Family Band

Formed in 2004, The Hunt Family Band is a product of one family pooling their individual efforts and love of music to create a four piece Bluegrass band with a fresh, tight sound and building a successful independent career in the music industry. Each member – Terry, Leanne, Andrew, and Jonathan – plays a different and vital role both on and off stage to make The Hunt Family Band a reality. HFB’s music could be described as being grounded in tradition (with a tip of the hat to the forefathers of the music) while including a strong dose of west coast Bluegrass sensibility, the influence of contemporary talent in the genre, and of course their own creative energy. For HFB there is no distinction between fan and friend and you are sure to come away from an HFB performance inspired by their solid picking, harmonious and persuasive singing and interactive spark that have become their trademarks. All of the members of HFB currently make their home in Holden, Missouri.

HFB formed in the Hunt family’s living room with informal jam sessions in the early 2000’s. They were soon asked to perform at their church and then at other small events and venues which gave them a reason to practice and improve their music. The encouragement and love they felt during this period of their career was invaluable in cementing their determination to take their music even further. Inspiration from musical heroes has always been highly valued by HFB’s members and was especially important early in their career. Performing and jamming at Byron Berline’s Double Stop Fiddle Shop & Music Hall in Guthrie, OK allowed HFB to grow and be encouraged as musicians. Over the next few years, HFB would have the opportunity to take their music to hundreds of festivals, churches, private events and other venues including Oklahoma’s International Bluegrass Festival (Guthrie, OK), Silver Dollar City’s Bluegrass & BBQ Festival (Branson, MO), and The Old Town Temecula Bluegrass Festival (Temecula, CA).

HFB’s self-titled first album was released in 2006 and was the first of 6 they have released to date (all but the first have been on their own independent label Rock Springs Records). Their most recent album – an all Gospel recording titled Something Exciting was described by Bluegrass Unlimited Magazine as having “lead vocals of great fervency” and being a “very good and persuasive recording.” In 2014 Andrew & Jonathan teamed up to record a duo album titled Game 7 on which they were able to stretch out their musical abilities. Of the Hunt Brothers’ recorded performance on Game 7, Bluegrass Unlimited Magazine said “very good musicians…instrumental prowess…these two brothers can play Bluegrass.”

Remaining fan and relationship focused is a high priority for HFB and they are thankful for the opportunities they have to share their music with others. 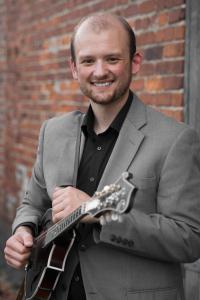 Andrew Hunt (Fiddle/Mandolin) began taking violin lessons at the age of seven and soon thereafter picked up the guitar and mandolin. He was surrounded by music from an early age through his parents. He is a 2015 graduate of Middle Tennessee State University’s Recording Industry program, graduating Summa Cum Laude with a degree in Music Business. While living near Nashville, TN, he had the opportunity to work as an intern at Compass Records on Music Row where he was hired after graduating from college. Currently, in addition to playing with HFB, he teaches fiddle, mandolin, and guitar at Summit Christian Academy and  sells real estate based in Lee’s Summit, MO.

Andrew’s Blog Into the Bluegrass 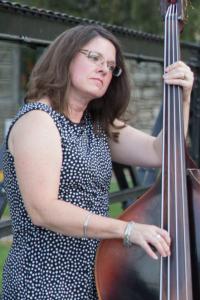 Leanne Hunt (Bass) was born and raised on a dairy in Garden City, MO. Her parents and family were a musical inspiration for her and continue to be for HFB. Her dad played the guitar, her mom played the piano and everyone sang in her home as she grew up. In addition to playing the bass with HFB, Leanne is a talented piano player and flautist. Her bass playing provides a tonal and rhythmic core to HFB’s music that helps them create their unique sound. 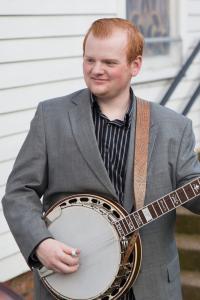 Jonathan Hunt (Banjo/Guitar) began his musical journey taking fiddle lessons. He eventually settled on the banjo then the guitar. His mature sound and pro grade banjo picking bring solidity, sparkle and polish to the table for HFB. His flatpick guitar chops are among the best you will find in Bluegrass today. He is a student not only of Bluegrass music but also genres ranging from Blues to Western Swing. While living in Oklahoma, Jonathan built a relationship with banjo master John Hickman who taught him not only about playing the banjo but also how to build them. Jonathan is a luthier – building professional custom banjos and components complete with hand cut inlays and has done banjo set up work for Steve Bush (The Cleverlys) and Alison Brown. He is currently a Mathematics major at The University of Central Missouri in Warrensburg, MO.

You can check out Jonathan’s banjo business at www.jonathankhunt.com

Terry Hunt (Guitar/Banjo) started his musical journey taking banjo lessons as a teenager in Harrison, ARK. As a young person, he soaked up banjo knowledge and studied the recordings of the masters of Bluegrass. His love for music also came from his family (Terry’s dad plays the guitar and always loved cowboy and western music). Terry cites the banjo recordings on the B side of Steve Martin’s King Tut as a source of early inspiration. He quickly began honing his guitar skills upon the formation of HFB and guitar is his primary instrument with the band. Terry’s lifelong passion turned career is aviation and he currently serves as Chair of the Department of Aviation at the University of Central Missouri.